Foreigners that gave up their dreams for Hungarian freedom

We are holding a conference about the boycott on November 22nd, before the gala celebration

Based on the book of Marjloein te Winkel: De Verloren Spelen 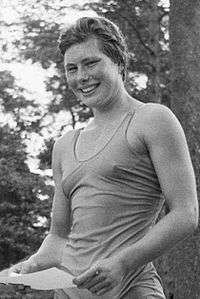 She was just showing her Olympics uniform to her colleagues at the swimming pool, when they told her that the trip had been cancelled. She had paid attention to the news of the revolution in Hungary, but was bewildered by the announcement. She continued training to break the world record for the 200 meter breaststroke, which she was able to beat by 2 seconds. In Ada den Haan’s absence, Ursula Happe became Olympic champion in Melbourne with a time 6.7 seconds behind Ada’s. 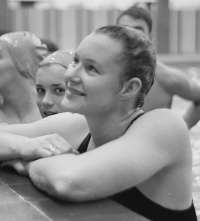 She was 18, really looking forward the the Olympics and perhaps The Netherlands’ biggest hope for a gold medal. Twice in 1956 she had beat the world record for 100 meter women’s freestyle. In November she and her teammates trained in a swimming pool that could only be to 17 degrees Celius. When she heard on the radio that they wouldn’t be travelling to Melbourne, she wept inconsolably. "Melbourne caused a break in my career, I didn’t get the medal that appeared to be secure. Two years later I walked the streets of Budapest, the buildings and walls were disfigured with bullet holes. I saw the wounds of the revolution with my own eyes."

The Swiss sportsman showed his solidarity with the Hungarian people not only through the Olympic boycott. While swimmers from other countries were comparing their medals in Melbourne, Gericke took an active part in International Red Cross work helping the Hungarians. In November of 1956 he was given a special assignment (ORDRE DE MISSION) which entailed shipping large quantities of potatoes down the Danube to Budapest in two Red Cross cargo ships. Following the 1956 Olympics, he and several other athletes established the "Melbourne Club" – for the Swiss sports people that had been left out of the Australian Olympics. As president of the group, Gericke organized meetings for these Olympians every year. 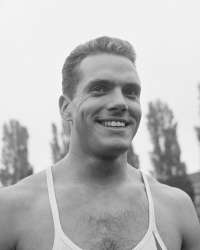 He admitted that while preparing for Melbourne he had probably sweat tons, and he often trained until his legs nearly gave out beneath him. He worked 48 hours a week as an employee of Phillips; in his free time he took ballet classes to develop the flexibility important for the hurdles and went to boxing to strengthen his arms for the throwing tasks. He couldn’t resign himself to the NOC’s decision. "When my plane was taking off, I saw the Olympic stadium where the opening ceremonies had just begun. I was never able to get over the frustration of Melbourne." 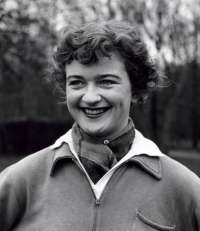 Winner of an Olympic silver medal in 1952 for the 200 meter, the athlete had been on the threshold of starting a family. In 1956 she put her private life on hold so that she could compete and put her everything towards winning the gold. In the Olympic year she topped the eight year record in The Netherlands for the 100 meter, and travelled to Australia with high hopes. She was deeply angered by Amsterdam’s decision. She travelled from Melbourne to the United States, where she expressed her anger in the daily De Tijd, starting an avalanche of reader’s letters; some even said she should have been put in front of the Russian tanks. Later she said that her children were the gold medal she had struggled for, for years. 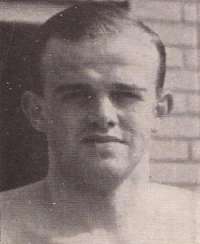 The water polo team trained for the Olympics in an outdoor swimming pool. In the November cold they heated the water with a rented steam engine. Wim Mosterd slept twice a week on a camping cot at the swimming pool. They didn’t receive official notice of the boycott. "They made the decision for us, over our heads". He agreed with the intent, but he didn’t understand why only the Dutch, Spanish and Swiss stayed away. "In the fall of 1956 we heard the Hungarian National Anthem so much that it’s stayed in my ears ever since. A few years later I met a Hungarian water polo player, who asked me who had been on the Dutch all star team in Melbourne..." During his career he was in Eger [Hungary] several times. He has a picture of the Hungarian parliament on the wall in his front hall. 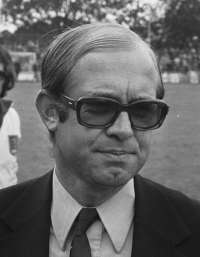 "It took a minimum of two and half hours to get from Eindhoven to Amsterdam for practice. I’d often fall asleep on the train and wake up in Nijmegen or Maasricht". The field hockey team had been a favorite for a gold medal at Melboune. The news came during their last practice: the trip was cancelled. "Everyone tried to digest the disappointment in their own way. Some went out drinking. I went with my teammate Thorn van Dijck to Utrecht to play squash. We hit the ball out of anger, trying to get rid of our frustration. Under the affect of the boycott I decided to stop playing field hockey." On the background of the boycott: "The Dutch experience this event with intense emotion. The Netherlands is not a cold country." 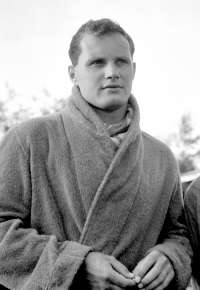 In the 1950s the Dutch water polo team regularly played against Hungary and the Soviet Union. According to Fred van Dorp, politics was never an issue, they never spoke about it with their opponents. When the other team arrived to The Netherlands, they’d put up the team members in their own homes, because they couldn’t pay for a hotel. Van Dorp felt that the decision had been overhasty. "It was a bitter pill for us. When I heard about the Hungarian–Soviet match, inevitably I was overcome with rage: they’re over there playing, while we’re sitting at home..." 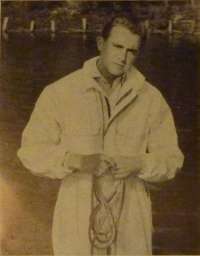 "I also found the storming of Hungary shocking, but I made a distiction between the Russian soldiers and the Russian athletes." There had been a round-the-world sailing tour planned for the weeks after the Melbourne Olympics. He and five others had their baggage packed, they were ready to leave; their boats had already been sent to Melbourne. Every detail had been planned. The 21 year old competitor had had a bicycle shipped over for him so he could ride it between the Olympic village and the competitions. The bicycle arrived back to The Netherlands only years later, after being dropped in America and England. 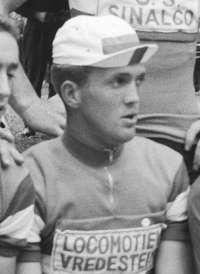 The 18 year old bicyclist had been training under difficult circumstances for years; it would have been his first Olympics. "At the beginning I trained in my old football pants, but the wind always blew up the legs - so my mother sewed me some pants that could be tied below. Later my wife made me a tee shirt with a pocket in back to put food in. I trained year round, four and a half hours a day."

In 1956, for the first time in The Netherlands’ Olympic history, the clothing and shoe industry there provided 30 thousand Guldens worth of uniforms for the Dutch team. Despite extraordinary media attention, swimmer Cocky Gastelaars and bicyclist Jan Buis presented their uniforms. The young man had had to train for the Olympics in The Netherlands (as an emmigrant from Australia); which he did - but then wasn’t able to travel home to Australia with his team.

The program is supported by the Memorial Committee set up for the Anniversary of the 1956 Revolution and Freedom Figh.